African to African by Ntsiki Mazwai, Giving her version of its meaning.
by Mark Anthony 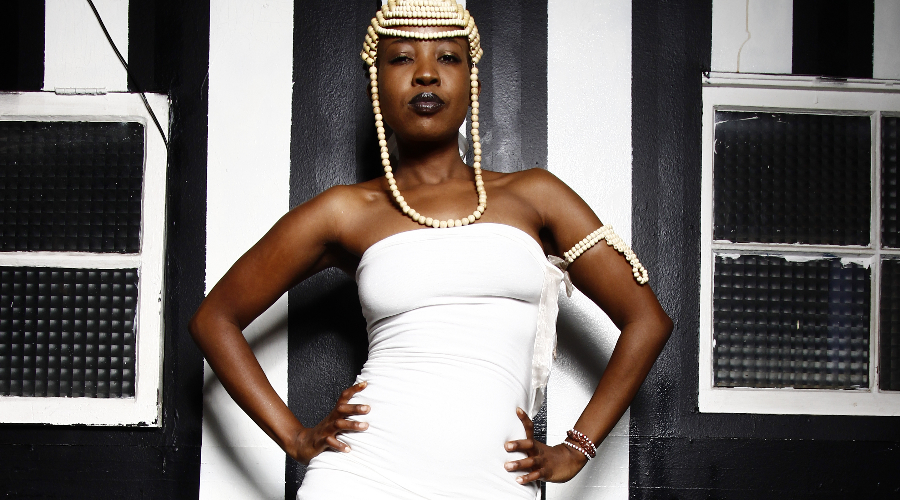 A vocal and opinionated woman Nontsikelelo Mazwai has the ability to provoke issues that become national debate. A talented artist who has worked with the cream of South Africa’s musical crop, Ntsiki is steadily growing into a powerhouse on the local cultural landscape. Our outspoken Ntsiki contacted iMPACT Global to voice her views and opinions on Africans after watching Paul Mooney's 'Jesus Christ is Black'.

"I know it’s old but the other night I was watching ‘Paul Mooney – Jesus is black.’ One of his jokes struck a chord. Mooney declared to hate Africans and labelled us as arrogant. I was taken aback. He then went on to unpack how African Americans were stolen from the motherland and Afrika did not declare war on America to get her people back. I completely ‘got’ that sentiment. I imagined myself abducted from my family and nobody coming to get me. What an awful feeling.

There is one thing I need to clarify. Afrika should be, but it is not a country. It is made up of close to sixty countries. Africa is HUGE. Three times bigger than America. The truth is that we have to trace which parts of Afrika you come from. Afrika does not have a united army that fights for the people of the continent. There is no doubt in my mind that African families fell apart when you were stolen. People died with broken hearts. There is no way that we can blame each other for what was done to us.

It was interesting when Mooney said we are arrogant...THAT is exactly how we feel about you. From our side of the world we get a sense that African Americans frown down upon Africa and Africans. It’s like you have an ‘I am special’ complex. It’s as if you want us to know that you are not like us poor- Arikans-back- in- Afrika. And there is nothing more ignorant than that thought. We are embarrassed when grown African American men and women come here and are shocked to find world class cities. What did you think you would find? It seems you have taken so little time to get to know your own people, the same people you expected to come back for you.

It may be owing to the mainstream media but a lot of the depictions of Africans on your mainstream media are questionable. We don’t know where to find the ‘woke’ African Americans and how to establish contact.

In your defence, when you look to Africa you find that Africans are mimicking you...we struggle with the influence of mainstream media here too.

If we all know that you were stolen from us should we not start having the dual citizenship conversation? The colour of your skin tells you exactly which continent you belong to. It is not nice for us to watch your young men get shot just for walking down the streets. Having #BlackLivesMatter marches every week can’t be the hustle. With all due respect but you know when you’re not welcome in a place.

The beauty of you being on the outside is that, should Africans of the diaspora start being clear about dual citizenship it will bring a completely different dynamic to the continent of Afrika and the realisation of the ‘African Dream.’ But maybe I am preaching to a people who are actually not interested in Afrika, a people who find it backward, a people who prefer the ‘American Dream’ in which case lemme just mind my own business."