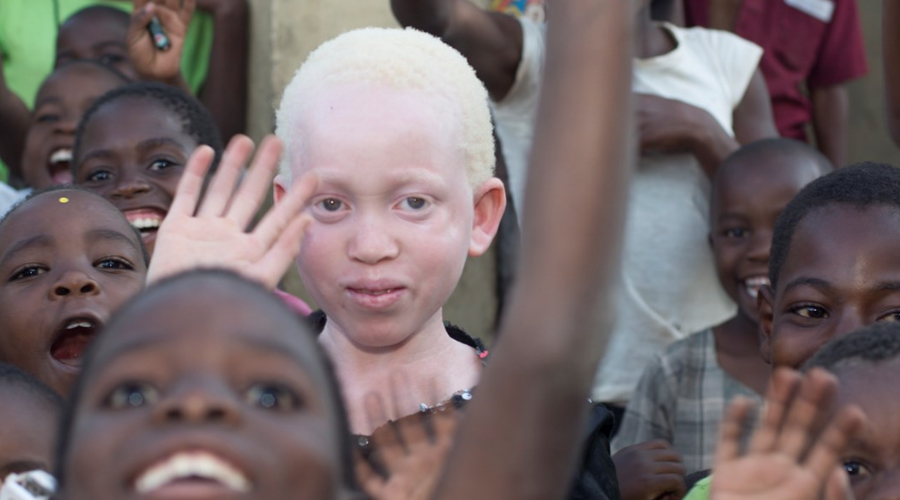 In Africa, thousands of Albino people are killed unlawfully for unnecessary superstitious reasons. We are told that the government is turning a blind eye to this blatant murder of innocent people. We spoke to one of South Africa’s key activists who has been protesting against this unlawful murdering trend spreading throughout the South African region of Africa.

Before we hit on that important subject, please tell us a little bit about yourself, where you are from and what makes you such a determined activist in Africa?

"I'm a mum. A journalist and TV presenter on a panel show on Sabc3 called TrendingSa. My interest in stopping the Albinism killings started 6years ago when I took part on an online petition. I had heard that people with Albinism were being massacred in East Africa especially during election periods."

For those outside of Africa we have learnt that these killing have something to do with superstitions, witch-doctors, cults and or religion.

"Supposedly the use of body parts gave the politicians a political advantage resulting in wins. Nonsense of course. Currently the worst place to have Albinism is Malawi were PWA have even been put in shelters to protect them. In South Africa, there have been cases reported and outrage then it dies down."

How can this go on, what has or is your government doing about this?

Please could you clarify such perceptions and explain what you understand about this trend in persecution upon these innocent people.

"I've heard people spit in their tops when a person with Albinism walks past - a superstition that spitting will ensure you don't have a baby with Albinism, Ludicrous. I wish a Global Movement could be started where people with Albinism can find shelter so they are protected in satellite offices around the Globe. Currently many children whose limbs are hacked are sent to the US for prosthetics."

This barbaric behaviour seems blatant yet somewhat ignored, what are you doing to raise awareness of these unlawful inhumane killings which are clearly against the basics of human rights?

"I advertising conduct television shows and develop talent and including information on the School curriculums. It is so bad that elders have told generations that PWA don't die but disappear, a story also told to avoid exhumations. Many traditional healers swear 'Not in my name', basically reiterating that healing has nothing to do with killing People with Albinism."

For those who have heard of this for the first time and are not resident within the realms of Africa, what can they do to help you and your quest to help the Albino people?

"What can you do? Use social media to inform others about the atrocities and spread information to stop the ignorance. I am on all my social media platforms sharing all the latest information regarding Albinism, Albinism killings and Albinism care in the hope of making this information accessible to my high following."