THE IMPORTANCE OF ACTIVISM – Part 1
by Adrian Zupp 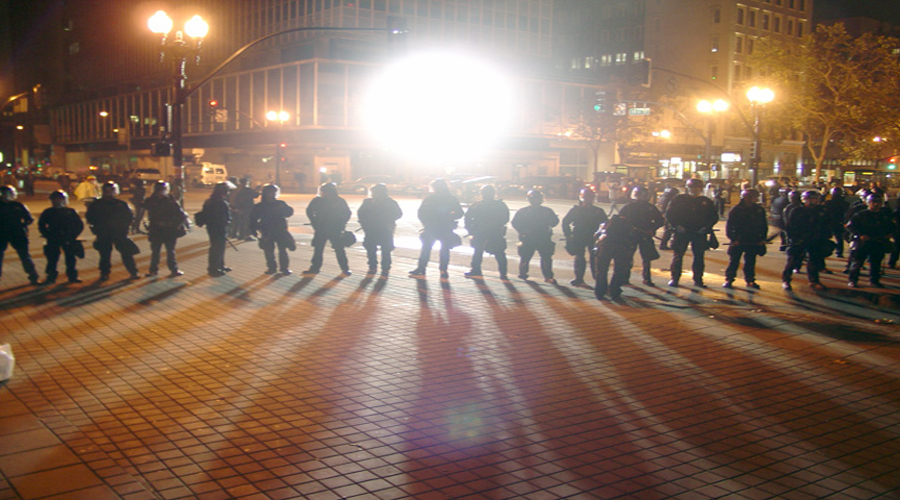 In each issue of Impact, staff writer and Editor Adrian Zupp will present an essay on an aspect of social change/justice. In his first essay, he discusses the most fundamental element of the process: activism

THE IMPORTANCE OF ACTIVISM – Part 1

When you consider that the dual threat of climate change and nuclear annihilation hangs over us like a Sword of Damocles, it is no exaggeration to say that the planet is teetering on a precipice. And it would be easy to believe that nobody is doing anything about it – that we’re living on triple-mortgaged time and still just playing with our toys.

While it’s true that governments – especially our government – has made no genuine and substantive effort in either of these areas, there are millions of people who are working to save the world and to make it a better place. Those people are called activists.

Activists work on many fronts and in many ways. Some are single-issue advocates, while others are big-picture activists. There are many who work quietly behind the scenes, and many others who firmly believe that direct action is the only path to change. And while a large percentage of activists believe in negotiation and incrementalism, others take a more radical approach.

But one thing almost all activists ask themselves at one time or another is: “Can I really make a difference?” And if they become sufficiently convinced that, yes, they can, the next question is usually “What can I do?”

Let’s look at those two questions since they are fundamental to the motivation to become an activist, and to stay an activist.

“Can I make a difference?”
The world is a big place with big problems. Climate change, poverty, hunger, war, greed, corruption at the highest levels of society. It’s not surprising, then, that people feel overwhelmed and resigned to their fate. This is exactly what the elitists who run and plunder the planet want the masses to feel. Morale is the cornerstone of success in any battle. In America, the highly sophisticated propaganda-PR machine is finely tuned to keep the masses down, detached, divided, distracted, and feeling hopeless. This helps the elites (aka The Establishment) to hold on to power, and to commit outrageous acts of global exploitation and aggression with virtual impunity. They can only continue in this way because of our sense of defeatism and, in many cases, complete detachment and ignorance.

But that’s changing. In fact, it has been for decades. And it’s been changing because millions of activists have put in the hard work. (You may not be aware of this because it will never make the news of the corporate media.) So the answer is: YES, you can make a difference… and, if you decide to become an activist, you will make a difference. The elites may hold the reins of power, but we have the numbers! When those numbers are mobilized towards a goal, nothing can stop them.
But nothing of any significant scale will change in a day or a week or a month. Meaningful social change takes time. You have to be willing to hang in there, and to do the necessary menial stuff that organizing demand, not just turn up to rallies and other “glamorous” events.
“What can I do?”

This question has been asked countless times. Did you know that in Third World countries, activists don’t ask this? And their problems are much bigger than ours. It’s only here in the First World, where we have more freedom to take action that we seem to be confused about where to begin.

It is actually easier to answer “What can’t I do?” There is an activist saying: To change everything, start anywhere. There are infinite opportunities to be active in social justice/change. Here are a few examples:

There is another, more fundamental answer to the question “What can I do?” It is: “Live the life of an activist every day.” Activism is a state of mind. You are attuned to doing things that benefit others, preserve the planet, and make the world a better place. With that kind of mindset, you will start to see opportunities for activism all around you.
Change, real change, comes from the bottom up, not from the top down. It is the grassroots – us – that has the capacity to ignite positive change. In fact, if we don’t do it, it won’t get done. Game over.
Don’t ever believe that a problem is too big and that things cannot be changed. As we’ll see in future essays, American history alone is littered with remarkable examples of change through People Power. The trick is to not isolate yourself. It’s easy to feel like it’s you against the world. Reach out to other individuals and organizations. You’ll see that there are literally millions of people just like you who want to change the world for the better.

But the clock is running. We can’t teeter on the precipice for much longer. So get started. You’ll feel better for it.

Photograph David Id. Occupy Oakland was an example of how certain types of activism have risks involved.