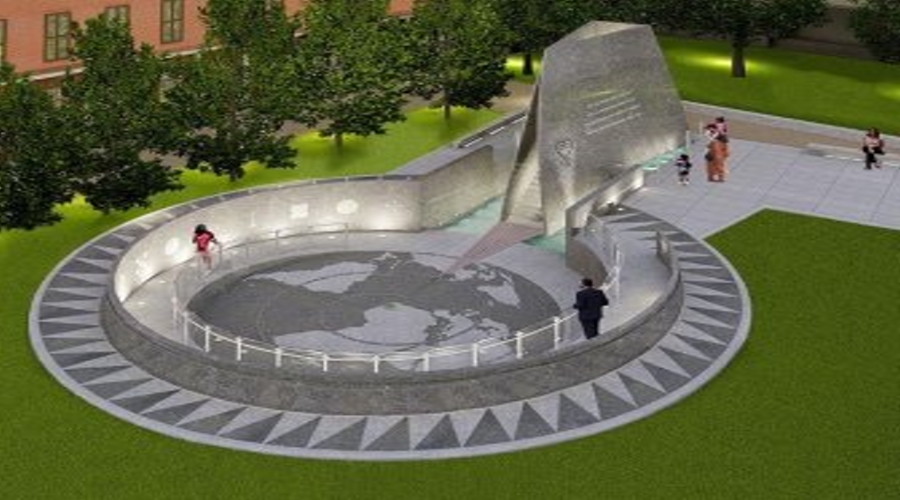 Right in the center of the busy streets of lower Manhattan, on Duane Street between Elk and Reade Streets, is a landmark that reminds us of New York’s slave heritage—the African burial ground. This site is now a National Monument that receives too little recognition, but that will change when a public memorial opens there.

The burial ground, which now looks like a garden, is not even half a block long. It is gated, so that people do not walk on what remains of it.

Originally, the burial ground was a five- to six-acre lot used from the late 1600s to the 1700s to bury both enslaved and free African Americans who helped in the building of New York City. It is believed that more than 20,000 men, women and children were buried in this cemetery. During this time African Americans made up 14 to 20 percent of New York’s population.

Forgotten for hundreds of years, the burial ground was discovered during construction for a federal office building in May of 1991. Since then, black organizations have pushed for recognition of its existence. And on October 4, 2003, the African burial ground was established as a memorial to the past.

“As a native New Yorker, when I worked on Wall Street I heard of the burial ground for the first time and made it a point to see what was left of it,” said Thaishah Riche. “I was shocked to see that there was so little of it remaining, considering that it was larger than a block long. It shows how the effort of black labor is valued. Had it not been sectioned off, I would not even think to acknowledge its presence.”

The burial ground was originally created because it was prohibited for blacks to be buried in white church cemeteries, even if they were free and had converted to Christianity. Since its discovery the federal government has planned for the African American burial to be recognized as a world heritage site.

Today, those who have been forgotten for their courage and strength will be acknowledged. The African burial ground will now serve as a reminder of the efforts and contributions to the city of New York. New York City was built through the sweat, tears and strong backs of free and enslaved people who were not recognized as an integral element of this great city, known as the gateway to freedom and liberty.