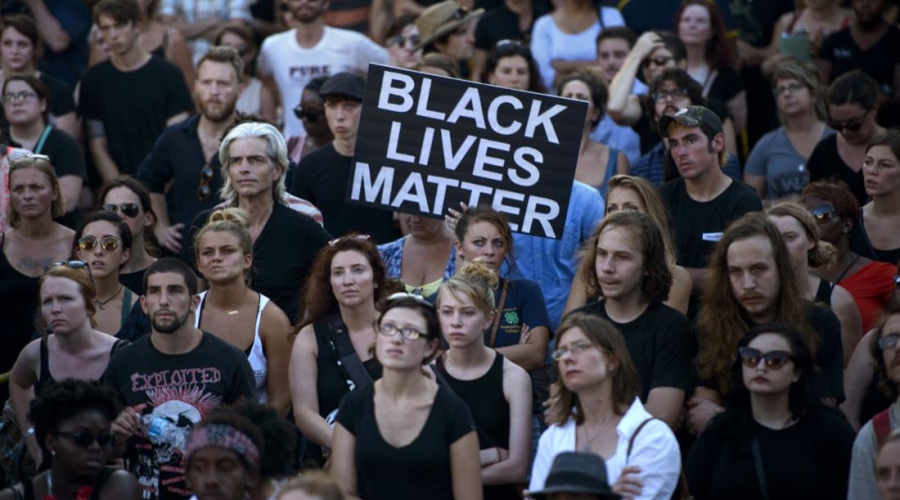 Trump thrives off of a xenophobic base of middle-class white conservatives who believe deporting people of color will “make America great again.” Their spewing of “All Lives Matter” exemplifies that those who view Black Lives Matter as an exclusionary term may be projecting.

There is historical context for such confusion. Mike Wallace noted in a 1966 CBS special that white people were threatened by the term “Black Power” because it “sounded like a threat of violence, [and] vengeance.” Basically, it sounded too close to the “White Power” slogan of the white supremacist KKK.

We're seeing the same happen to “Black Lives Matter,” which has been called a “terrorist organization” on national television by Glenn Beck and Mike Halstead. For that reason, trumpeting “All Lives Matter” is an indirect sustenance of the fear that causes anti-Black violence in the first place. In the words of community organizer Deray Mckesson, “if all lives mattered, police wouldn't be killing Black people in record numbers.”

McKesson was recently called “the most recognizable face of the Black Lives Matter movement” by New York Times, and that may be true. The thing is...he's not a member of the organization. If an outlet with the Times' prestige can make that mistake, it gives free reign for conservative sites like Breitbart—which seemingly exist to antagonize liberal Blacks—to characterize any young Black activist as a Black Lives Matter member, even if they have no official ties to the organization. Conservative sites craft sensational articles to spread misinformation and showcase the movement in a negative light.

Last year, the Daily Caller reported that law enforcement agencies were “On Alert For ‘Black Lives Matter’ Attacks On 9/11,” based off of anti-Police comments on a podcast. The incendiary comments were made by King Noble, who admitted his proposed #FYF911 campaign--which didn't occur--had nothing to do with Black Lives Matter. Naturally, there was no retraction.

This instance is extreme, but even those with benign intentions misconstrue the structure of the organization. Much of the confusion is derived from the lack of differentiation between Black Lives Matter the organization and #BlackLivesMatter the slogan. The group intends for the hashtag to exist as an “online forum intended to build connections between Black people and our allies to fight anti-Black racism, to spark dialogue among Black people, and to facilitate the types of connections necessary to encourage social action and engagement.”

It would be easy for an ill-informed person to categorize anyone who ever used the hashtag or wore a shirt as a member, but that's not how it works. This lax coverage threatens to homogenize Black pathology, and make it simple for those who view Black people as a BET-curated monolith to marginalize our movement as well. Organizations such as Campaign Zero, Million Hoodie March and many others are doing work which deserves it's own consideration. The humble activists rarely clarify the difference, but it's worth noting—otherwise they wouldn't have named themselves anything.

Skeptics are itching for any reason to condemn Black liberation movements, and the collective confusion regarding Black Lives Matter is making it easy for them. Too many people are lazily construing the goals, structure, and even members of the organization, be it out of willful ignorance or a lack of reading comprehension. It's fine to disagree with the Black Lives Matter movement, but not if you don't even understand what the movement stands for.v