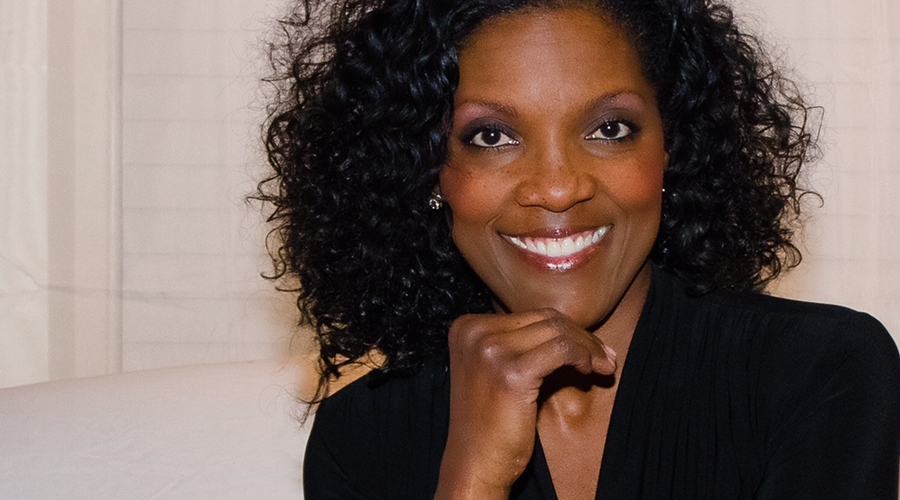 Martha Cooper-Hudson is an attractive and articulate woman of faith. Always looking immaculate and constantly flashing a radiant smile, you could almost call her the prototypical “perfect woman.” Little surprise, then, that she started a company called Women of Greatness (WOG).

“WOG was a God-given idea that took me to my purpose,” she says on a call from her home in South Carolina. “I received this message in 2007 as I was driving to work when the words ‘Women of Greatness’ came out of nowhere. I pulled over and wrote the words down and waited for directions on what to do with it.”

On the WOG website (www.marthacooperhudson.com), Cooper-Hudson bills herself as a “Motivational Speaker, Author, Talk Show Host.” When talking to her, the appellation “Woman of Action” also comes to mind. Her enthusiasm, ambition, and faith seem to know no bounds. To wit: “My goals for WOG are to impact a billion women’s lives globally, to pursue and discover the very essence of their being on this planet, and release their gift to the world. To teach and show them that the dreams, goals, and purpose that they have on the inside of them are possible no matter what.” (The WOG “mantra” is: “When you have a dream, purpose, or goal, and a will to succeed, no matter the cost, time doesn’t matter.”)
You might call her goals highly ambitious and exceedingly admirable. But not only is Cooper-Hudson a woman with a mission, she also has a very definite plan. She has created networking events, weekend renewal getaways, and empowerment workshops events that have been held all around the United States and attracted thousands of women.

She plans to have WOG featured on every major talk show and college campus, “and to start our leadership academy while we stay in line with our mission and vision.” That mission is to “equip, inspire, motivate, and empower all women to live a life of great health and wealth while walking and/or discovering their purpose.” Things are building nicely in the U.S. and she already has her eye on the Caribbean as a stepping stone to a global march.

WOG had something of a false start when, in 2009, Cooper-Hudson decided to reenter the world of network marketing. She was successful – at least in accruing wealth. But she wasn’t happy.

“One day, after returning from New York City, I found myself in the middle of my bedroom floor just sobbing uncontrollably. I felt so empty inside because, despite the wealth that we had gained, I was empty, because I knew I was not doing what God had purposed me to do on this planet. That summer day of August 2013, WOG was reborn with a different purpose, mission, and vision.”

There is no denying that motivation is a keystone of what WOG is about, but if you expect a WOG event to be like something from Parris Island, you’d be off target.

“We create a noncompetitive atmosphere in which eagles and eaglets can gain their wings to soar above any circumstance to reach their destiny,” Cooper-Hudson explains. “Women are able to bond, network, and discover others who are beating the same rhythm to accomplish their goal through our conferences, women’s nights out with a purpose, retreats, workshops, or coaching events. We are our sisters’ keepers.

“We get women stepping out of their comfort zones and pursuing their purpose and dreams,” she continues. “Many businesses have been started because the women gained the confidence they needed by having a supporting network of women cheering them on as they spread their wings. We have seen more women being supportive of each other versus trying to bring each other down. A strong community has been born.”
Cooper-Hudson has to be part businesswoman and part motivator. But she also has to be a role model – a capacity she fills with ease. She’ll tell you with great pride that she has been married for over 15 years to the love of her life, Michael Hudson, and together they have two beautiful children, Joelle and Mason. And when asked about her heroes, she responds, “First and foremost, my mother and her twin sister.”
By the end of a conversation with Martha Cooper-Hudson, you have a very good sense of her as a person. She holds nothing back. She wants to share. And in that sense she has certainly found her calling.