Funk Division takes you back to the future of Black Music.
by Andre Gee 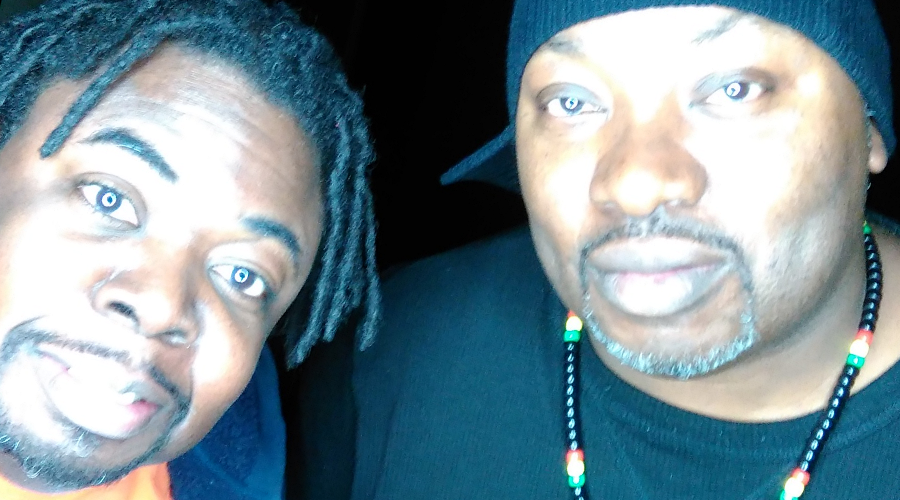 One listen to an urban radio station that showcases monotonous, shamelessly processed music makes one ask: What happened to the classic Black sound? UK band Funk Division -- previously known as Soul Garden (under Mark Anthony) -- is here to provide just that. The two of Mark Anthony (aka Blak Prophetz), Derek King (aka DK) and the occassional session/featured vocalist(s) are gathering a buzz with their exhilarating single “Want You.” “Want You” is a spunky soul ballad that harkens back to the days of James Brown, Ray Charles, and Tina Turner. The organs are the motor of the song. The stirring bellows of the Rhodes organ collide with bombastic horns as the session vocalist's powerful voice recalls a love gone wrong. The experience is pleasantly nostalgic, which is exactly what Funk Division is eager to provide. Group member Mark Anthony noted that he believes all music should have powerful organs.

Funk Division describes their sound as a fusion of funk, acid jazz, and neo-soul. This intriguing mixof historically Black musical subgenres is a welcome development in a music industry that’s seemingly forgetting its roots. Funk Division is currently working on new music, and performing “Want You” throughout the United Kingdom. The group wants to tour the globe, and already has one performance set for March of 2016 at Walsall Bescot Football Stadium in Walsall, England. I got the chance to converse with the three members via e-mail, and they seemed excited about the future -- almost as excited as their fans are to hear more music:

Can you speak on your upbringing? Do you come from a musical background?

Mark: My father was a DJ from Jamaica who traveled and worked/lived in Atlanta, Georgia from an early age with a large record collection and a strong love for reggae, soul, funk and doo-wop. When he came to the United Kingdom on that boat he settled and continued his DJing. At the early age of 12 I was his "crate boy" often cuing records and carrying large speaker boxes with him in the clubs.

Derek: I was raised as a Christian in the 70s in the UK. My dad used to buy a lot of records ranging from country and western to Reggae. I was exposed to a wide range of music from an early age.

How many instruments do you play? Do you have a favorite?

Derek: Can't play any but I love the sounds of the keyboard. Samantha: I can tinker on the drums but that's about it, my instrument is my voice...I'm pretty good at that.

Mark: I play drums, bongos and congas and other percussion and dabble with the greatest of effort in the attempt to play the keyboards.

During creation of the album, what's the creative process like between you three? How quickly did your chemistry develop in the studio?

Mark: A beat/groove, then a hook, the words then a phone call to Sam to lay down the vocals. Derek has a studio too and we work very closely as we use the same software, so I usually send Derek the capella to which he will combine his music spice with mine.

Derek: We fuse different elements, as we were exposed to such a wide variety of genres in our lives.

How often have you collaborated on production in the past? In what manner, if any, is composing music different with Derek King?

Mark: I have been involved in several productions in the past of dance and jazz genres, and now Funk Division is a new production project for us, which is going great.

Derek: I have remixed a few times in the past for various projects; I work midi-based, mostly creating House music.

Take us through the process of "Want You. Who wrote the song? How long did it take to compose, then record?

Mark: I created the song about eight years ago in my studio but held it back until I could find the right vocals. I’ve auditioned many vocalists, all of whom proved unable to deliver, that was until Samantha showed up and complemented the track in ways no other vocalist could. I wrote the song and based the style to that of the 60s Groovy British, Austin Powers’ era.

Your use of the organ on "Want You" colored the song with a palpable soulfulness that I don't often hear anymore. In your opinion, why has the sound of popular Black music drifted away from the organ, live instrumentation, and funk elements?

Derek: Artists/record companies want to make quick money so they follow the mainstream.

Mark: The original organs laid down on the song were later redone by an old British professional Hammond organ keyboard player friend of mine who lives not far from me. My two favorite keyboards are the Hammond and Rhodes. Soul or funk cannot exist without these two primary ingredients, in my book.

When creating music as Funk Division, how important is it for you to provide an uncompromisingly Black sound and aesthetic? In what ways do you feel like your use of classic sounds is "paying it forward" from your predecessors?

Derek: It touches the soul. It can be played in the future and still sound credible.

What do you feel about the modern jazz scene? What do you hope for Funk Division to offer that other acts may not?

Derek: There is still a buzzing modern jazz scene like other specialist genres but you don't hear much about it as it's not mainstream.

Mark: The jazz scene is cool; I just wish it was promoted more. As for Funk Division, we offer realism and rawness.

Can you speak about the video? Did you come up with the treatment together?

Derek: Mark’s idea. Mark: Just aimed to look authentic, I guess. We had access to a beautiful facility nearby and it looked ideal. We put it out there that we were creating a music video and we got spectators and friends coming down to watch and be a part of the whole party, which worked out to be great fun.

What can the listener look forward to from your upcoming album?

Mark: Each track will have its own individual flavor. I hate it when an album sounds like it was all done in the same place in the same week. The Funk Division’s album breaks the norm, and instead each track will hit you with a totally different sound. It’s gonna be dance, funk, house, jazz and all types, but regardless of what it’s gonna be, it will make you want to GET DOWN!! Derek: Solid quality grooves, an album to play all the way through without skipping tracks.

Do you plan to tour UK or other territories?

Mark: Yes, but only when we feel ready, not just for the hell of it. Family is more important to us all and we believe that "less is more." And right now the music industry is crammed, jammed packed with too much unnecessary music which all sounds the same. When you hear Funk Division, it will stop you in your tracks and take total control of your body. "I created the song about eight years ago in my studio but held it back until I could find the right vocals. I’ve auditioned many vocalists, all of whom proved unable to deliver, that was until Samantha showed up and complemented the track in ways no other vocalist could. I wrote the song and based the style to that of the 60s Groovy British, Austin Powers’ era."